After working as a tour guide of Hollywood movie studios for the past five years, I’ve spent countless hours explaining how a score can elevate every kind of film. A composer can emphasize dramatic moments, underscore emotional scenes and heighten exciting action or adventures sequences with the perfect music. Legendary composer Hans Zimmer has created some of the most powerful, memorable scores in cinematic history and this summer is taking his incredible music on a worldwide tour.

This past weekend, Coachella was treated to a peak at what the world renowned composer has in store for crowds this summer. Check out his performance of Inception featuring Nile Marr at Coachella (his set begins around the 1:30 mark):

“I am overwhelmed by the response to our Coachella performance this past weekend,” Zimmer said. “It was certainly nerve inducing to perform at a festival of this level with so many amazing artists who are household names, but the crowd who came to our set was unlike anything I have experienced with an orchestral performance before. I can’t wait to see the rest of the crowds this summer on tour.”

Music fans will be able to see Zimmer lead a full orchestra this summer at arenas around the world. The concert will be in two parts: the first being some of Zimmer’s classic movie scores including Gladiator, The Lion King and The Pirates of the Caribbean. The second will feature re-imagined versions of some classic scores such as The Dark Knight Trilogy and of course, Inception, with special guests from the rock and pop world.

The US leg will kick off in Dallas, TX on July 13th with the penultimate stop being here in Los Angeles at The Shrine on August 11th. Tickets are available now, so don’t miss the opportunity to see some of the most moving music for film performed by the brilliant composer himself. 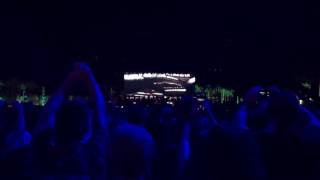 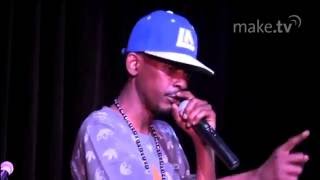